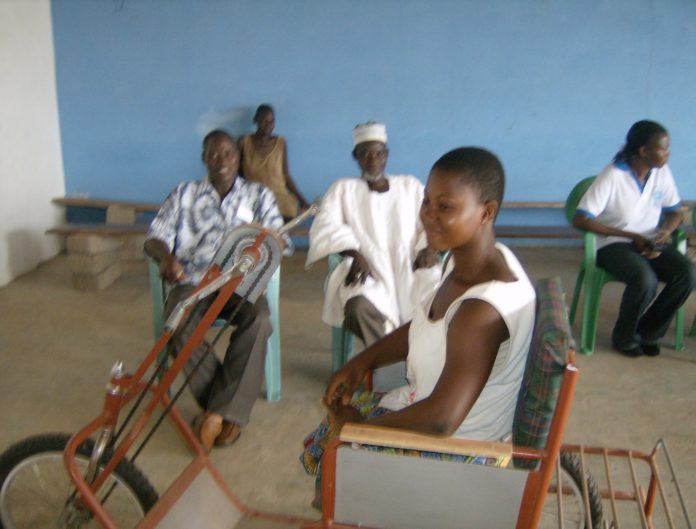 Phase 1 of the LIFE Project was completed in March 2013. The following is a summary of the accomplishments of this first International Service team.

Phase 1 began with a research project conducted by volunteers investigating the attitudes and opinions of the Builsa people towards the Feok festival and the inclusion of people with disabilities in the festival. Volunteers conducted semi-structured qualitative interviews with 13 Builsa Chiefs and their Sub-Chiefs and Elders, and key members of the Builsa North District Assembly, including the District Chief Executive, District Co-ordinating Director, Budget Officer, Director of Social Welfare and Disability Fund Secretary.  Focus group forums were held with five Disabled People’s Organisations (DPOs) based in Sandema, Fumbisi, Kadema, and Wiaga.  The team also disseminated a structured quantitative questionnaire to 250 members of the public across the Builsa district, held focus groups with women’s groups, and interviewed school children to gather views from all sections of society about the Feok festival and the inclusion of people with disability.  To further their understanding of people with disabilities engaging in sports, the volunteers also visited two additional schools outside of the Builsa district: St John’s Integrated Senior High School, Navrongo, and Gbeogo School for the Deaf, Tongo, Bolgatanga.  The findings from these meetings will be used to help inform the work done during Phase 2.

The LIFE project also took advantage of Radio Builsa (a local community radio station) to promote the activities of the project, gather further opinions on disability and the aims of the project, as well as be used as a tool for community awareness on the rights and potential of people with disabilities in the district.

The volunteers then hosted an Engagement meeting, attended by members of the District Assembly, Chiefs, Builsa Paramount Chief, representatives from Disabled People’s Organisations and key opinion leaders.  The meeting was a huge success, with the Builsa Paramount Chief pledging to make more effort to include people with disabilities in the 2013 festival.

Presbyterian Community Based Rehabilitation (CBR) Sandema is a non-governmental organization working to improve the lives of Persons with Disabilities (PWDs) within the Upper East Region of Ghana.